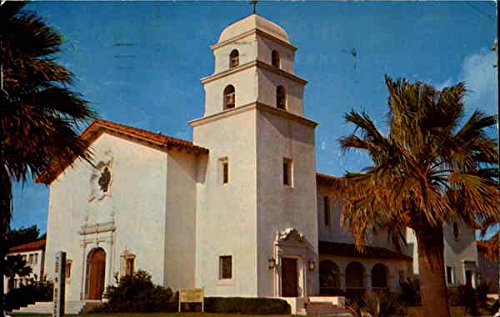 The Republic of Texas was recognized by General Convention in 1844 as a piece of the Missionary District of the Southwest, under Bishop Polk, and later as a Domestic Missionary Field upon its annexation in 1846. The Diocese of Texas was formed on January 1, 1849, by six organizing parishes from around the state, but was not able to secure its first Bishop until The Rt. Rev. Alexander Gregg was elected and consecrated in October 1859.

The Church of the Good Shepherd was established on the second floor of the Corpus Christi Courthouse on September 15, 1860, under Bishop Alexander Gregg, by a group of dedicated men and women who “desired to enjoy the privileges of religious worship and instruction, according to the forms and doctrines of the Protestant Episcopal Church in the United States of America.”

The first services at the Church of the Good Shepherd were officiated by the circuit rider, The Rev. James Hamilton Quinby in 1860. Good Shepherd was admitted to the Council of the Diocese of Texas in 1861. The Civil War years took their toll on the church, as it proved very difficult to find clergy willing to stay the harsh frontier of South Texas for the meager compensation available.

In 1874, Good Shepherd was one of the original 13 churches carved out of the Diocese of Texas to form the Missionary District of West Texas under The Rt. Rev. Robert B. Elliott. The first church building was completed in 1878 at Chaparral and Taylor Streets; however, it was not until 1888 that it was consecrated by The Rt. Rev. James Steptoe Johnston, Bishop of the Diocese of West Texas.

The Church of the Good Shepherd achieved self-supporting parish status in 1910 under the leadership of The Rev. Alfred John Holworthy, eighth Rector, 1898-1910. The Rev. John Whitefield Sykes, ninth Rector from1910-1934, saw the congregation through the storm of 1919 when the steeple and bells were blown off the building.

On April 20, 1925, the Vestry met to discuss the acquisition of a new building site on the corner of Broadway and Park Avenue. The new property was acquired on August 9, 1925, and the church on Taylor and Chaparral was sold in February 1926 to fund the new building. After much discussion, the old church building was moved to the new site.

The Rev. William Capers Munds, tenth Rector, 1934-1942, ushered in a period of growth and building, civic service, interdenominational understanding, and the missionary movement. Under Mr. Munds, the Church of the Good Shepherd began to assume its role as the “Mother Church” of the region, and in 1935 held a joint Thanksgiving Service with Rabbi Wolf and Temple Beth El, a tradition that continues today.

The Rev. David Shepherd Rose, twelfth Rector, 1948-1958, was charged with building the church that exists today. Having far outgrown the old building, it was moved down the road to Staples Street for the use of All Saints’ Episcopal Church. The new church building was completed and consecrated on November 26, 1950, by The Rt. Rev. Everett Holland Jones, Bishop of the Diocese of West Texas 1943-1969. Under Mr. Rose, the Church of the Good Shepherd focused on planting new churches in the surrounding area. During this time, The Rev Edmund Browning of Corpus Christi joined the staff of his home church as an Assistant Rector. He later served as Presiding Bishop of the Episcopal Church from 1986-1997. In 1958, The Rev. David Rose was elected Bishop Suffragan of the Diocese of Southern Virginia.

The Rev. Joseph Lewis Brown, Jr., thirteenth Rector, 1959-1968, during the centennial celebration, cast a vision to expand the mission and ministry of the Church of the Good Shepherd further into the surrounding community. The parochial day school that had been associated with the Church grew into what is known today as Saint James Episcopal School.

The Rev. Charles J. Dobbins, fourteenth Rector, 1969-1993, continued the expansion of community outreach with the building of the 110 unit Cliff Maus Village low-income housing development, established the Food Bank, Good Shepherd’s Corner, and was instrumental in the development of the Trinity Towers retirement facility.

The Rev. Ned F. Bowersox, fifteenth Rector, 1995-2008, expanded the ministry programs and worship services of the Church of the Good Shepherd. Under Rev. Bowersox, spiritual renewal and world mission became a high priority, with Good Shepherd assuming an active leadership role in the Diocese of West Texas. Additionally, Good Shepherd donated the land to the Diocese for the construction of The Mustang Island Conference Center. Saint James Episcopal School acquired land and built a new Middle School building, and a Youth House was purchased for the ever-growing Youth Group.