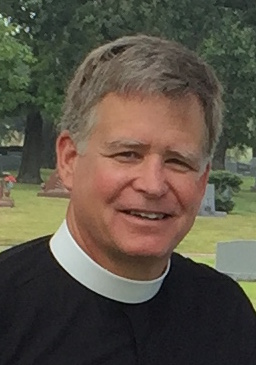 A pastor and a shepherd at heart, Milton’s passion is to share the abundant life of Christ with each person in every season of life, walking with individuals through pain and joy, celebrations and sorrows. He sees this life as a great journey, on which we all get to walk together, helping each other along the way. Milton is a “cradle Episcopalian” and a native Texan. He has a BA in Economics and an MBA, both from the University of Texas at Austin. With his concentration in business, Milton worked in the mortgage banking business and then in the oil and gas industry for nine years before he discerned a call to ordained ministry. In 1997 he answered that call, attending Virginia Theological Seminary and graduating with a Master of Divinity in 2000. He was ordained a Deacon in 2000 and a Priest in 2001. Milton served Trinity Episcopal Church in Longview, Texas in the Diocese of Texas, St. John’s Episcopal Church in Sonora, Texas, and as the Archdeacon of the Diocese of West Texas. In August of 2008, Milton joyfully answered the call to become the sixteenth rector of the Episcopal Church of the Good Shepherd. Milton has been very active in world mission, serving on teams in Honduras, Bolivia, and Uganda. He is equally active in the Diocese of West Texas, with past representation at General Convention in 2009, at the Provincial Synod and currently serving on the Development Board of the Diocese. He also served as Trustee for TMI-The Episcopal School of Texas. Milton is married to Elizabeth Head Black, and together they share a life of ministry. They have adult sons, Milton and Nelson, who are the joys of their lives. Together they love to golf, hike in the mountains of Colorado, and hunt and fish in South Texas.

pmay@cotgs.org
Philip sees ministry as using the gifts one has been given for the good of the Church. A natural teacher, his greatest joy in ministry comes from the opportunities he gets to bring the Christian story alive, in ways that change how we think of ourselves, and how we choose to live. Our story is old, but it is always surprising! Philip is a native of Canada and was raised in Toronto, Ontario. His early formation consisted of equal parts hockey, school, family, and the Anglican Church of Canada, a sister church to the Episcopal Church of the United States. Philip earned a BA and MA in philosophy from the University of Western Ontario (go Mustangs!) and was working on his Ph.D., when he felt a call to ordained ministry. With very wise counsel and discernment, he pursued that path, earning a Master of Divinity from Trinity College at the University of Toronto. He was ordained a priest in 1990. He served ten years in the Diocese of Toronto as Priest in Charge of a small suburban parish, and Rector of an established urban parish. Following a move to Austin, Texas, he served as an assisting priest for ten years at St. Luke’s on the Lake (Diocese of Texas). Philip answered the call to serve at the Church of the Good Shepherd in September of 2010. Philip is married to Alice Stewart and they have two children, Alexander and Linnea. They love to ski when they get the chance. Philip also loves climbing and mountaineering. However, with few mountains to climb in Corpus Christi, he is fulfilling a lifelong dream of learning to surf.

wcampbell@cotgs.org
William’s passion in ministry is sharing God as He is revealed in Christ, through Scripture, in creation, and within the people who worship Him. In Him, we know that “all this gift is pilgrimage.” William was born and raised in Dallas, Texas and is a cradle-Episcopalian. He grew up hunting and fishing on his family’s ranch outside of Lampasas and backpacking, kayaking, and camping through Scouting and National Outdoor Leadership School programs. He is an Eagle Scout. He has a BA in English with minors in Religion and History from The University of the South in Sewanee, Tennessee. He has served as a Trustee to Sewanee. While he was in university, William served as a firefighter and Lieutenant on Sewanee’s fire department—a pursuit driven by a deep call to service he felt throughout his youth. After university, emergency services and a love for the outdoors led him to Colorado, where he served as a professional alpine ski patroller for Keystone Resort when he wasn’t fly fishing. After an injury, William returned to Texas to teach 8th and 10th grade English before settling into a job in commercial real estate. In 2012, after having wrestled with a call to ordained ministry for many years, William moved to San Antonio to discern in The Episcopal Diocese of West Texas. He matriculated at Virginia Theological Seminary and graduated with a Master of Divinity in 2018. He was ordained a Deacon in 2018 and a Priest in 2019. William’s focus at Good Shepherd is ministry to young families and to St. James Episcopal School. William is married to Claire Odom Campbell, and they have a daughter, Sarah Jane. Together they share a life loving Christ, and adventuring in the outdoors.. 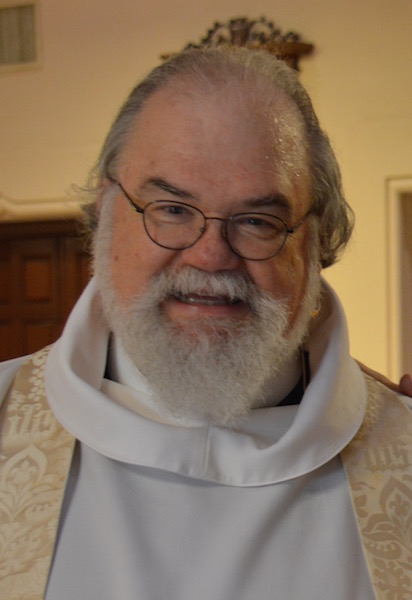 Frank served as assistant rector 1995-2007 and loves Good Shepherd with a passion, so he is very grateful to be able to support the pastoral team where needed. Ordained in 1974, he attended the University of Texas and Virginia Seminary, followed by a one-year internship at St. Elizabeths Hospital (NIMH) while he waited for his wife Betty to also graduate from VTS. He served churches in LaGrange, Wimberley, and San Marcos before coming to Corpus Christi, and he was rector in Beaumont until he retired in 2014. He was Secretary of the Diocese of West Texas for 18 years and has helped lead the Bishop Elliott Society for theological education in the diocese for over 20 years. He and Betty have two children, one on each coast, and two grandchildren. He can be found most evenings watching British murder mysteries after supper, followed by conquering the world playing Civilization 2 on a crumbling ancient Windows XP. He keeps busy with genealogy, historical novels, and pondering how much being on a condo board is like a church vestry, but with more building leaks and air conditioning problems. Being retired is great as long as you’re among people you love. 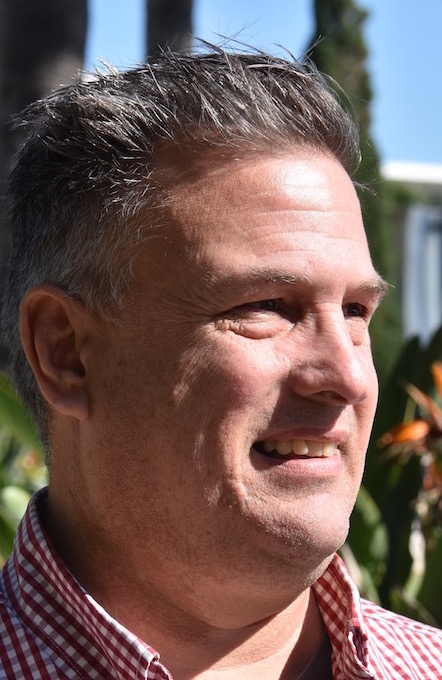 “Lead me in your truth and teach me, for you are the God of my salvation; for you I wait all the day long.” Psalm 25:5

I’m originally from Colorado.  After I graduated from Colorado Christian University, I began to follow God’s call as I was being led to work with youth. I have been involved in youth work in churches for over twenty years now.  I have served churches in Iowa, Colorado, Florida, and Texas. Our family arrived in Texas in 2008 and I served St. Helena’s in Boerne. After that I served St. Luke’s in San Antonio and St John's in New Braunfels.  While in the Diocese of West Texas I have served on boards and been involved in youth minister cohorts, attended Happening (115) and served at Happenings. My wife, Keri is an elementary reading specialist for Corpus Christi ISD and has been teaching for over twenty years.  My daughter Grace graduated from Boerne High School in 2019 and is attending college in San Antonio.  My son Eli graduated from Boerne High School in 2020 and now attends the Texas A & M University in College Station.  I want to be involved in the lives of students.  For hearts to be transformed, it takes a community to pour into the lives of our students. 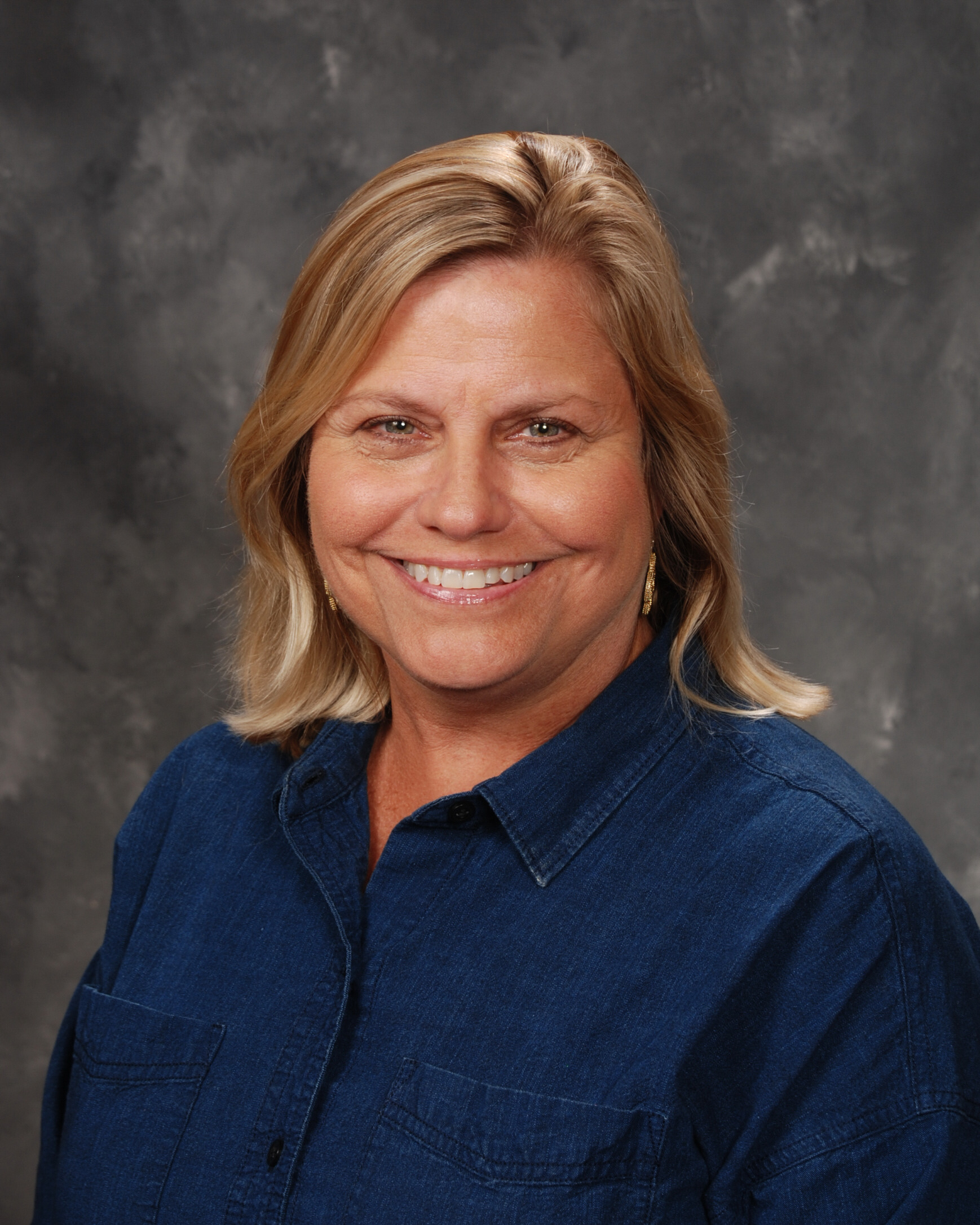 “I am the vine; you are the branches. Those who remain in me, and I in them, will produce much fruit. For apart from me you can do nothing.” John 15:5
I was blessed at an early age by my parents requiring me to attend Sunday School and Church. Following in the footsteps of my mother and grandmother who taught Sunday School in the Methodist Church, I learned at an early age that God is everywhere and the Holy Spirit abides. A teacher by profession, I love to share with children that God moves us on a path to someplace we’ve never been before, and we have to depend on Him to get there. 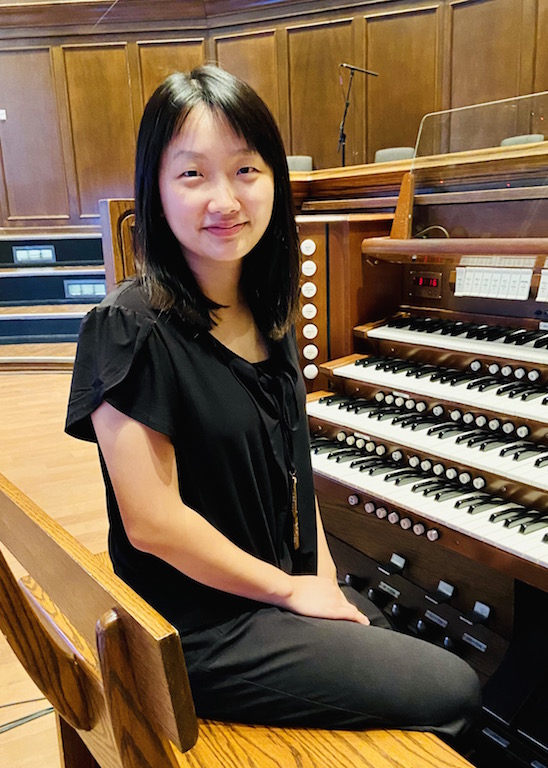 "Praise the Lord! Praise God in his sanctuary; praise him in his mighty heavens! Praise him for his mighty deeds; praise him according to his excellent greatness! Praise him with trumpet sound; praise him with lute and harp! Praise him with tambourine and dance; praise him with strings and pipe! Praise him with sounding cymbals; praise him with loud clashing cymbals!." Psalms 150:1-6
Mi Ou Lee was born in Seoul, South Korea, and grew up in Vancouver, British Columbia. She earned her Bachelor of Music from the National University of Singapore and her Master of Music in Piano and Organ Performance from the University of Kansas. She has completed her three-year in-residence Doctor of Musical Arts from Rice University. She has spent the last three years as the organist at Grace Presbyterian Church, Houston. She was raised in the Korean Presbyterian Church and is deeply grounded in her Christian faith and feels called to serve the Lord through her gift of music. She looks forward to building our music programs, as well as ministering to the students of St. James Episcopal School. 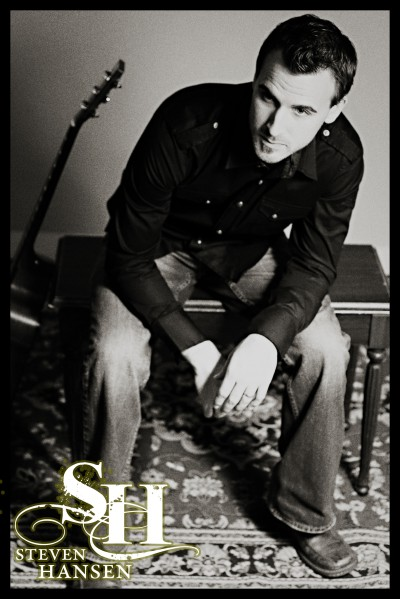 "Let the word of Christ dwell richly among you, in all wisdom teaching and admonishing one another through psalms, hymns, and spiritual songs, singing to God with gratitude in your hearts." Colossians 3:16
Steven is a gifted musician with a passion for worship and a heart for the Lord. He is a graduate of Full Sail University in Orlando, Florida and also serves as the Director of Music and Media Arts for City Church, as well as a professor of Audio Engineering at Del Mar College. He and his wife Angi have three children, Valor, Honor and Selah. Steven helps lead worship for our 5:30 p.m. Sunday evening “Come As You Are” service. This is a beautiful, casual worship service that has a quiet contemporary atmosphere accompanied by Steven’s acoustic guitar.